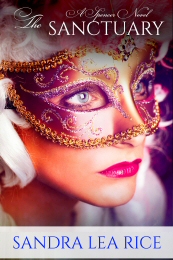 A woman set on revenge:
Clairece Griffin is summoned to the Metropolitan Museum in New York to authenticate a relic reputedly having belonged to Mary, Queen of Scots. While there, the valuable gem-encrusted dog collar is stolen and her husband killed. When Clairece learns of the relics resurfacing in England, she travels to London under the pretext of visiting relatives. In her determination to bring those responsible to justice, she becomes the target of a crazed killer, equally determined to stop her.
A man seeking absolution:
Consumed by guilt at the tragic death of his mother, Anthony Wade, the Earl of Harding, strives to provide a safe haven for those he has pledged to protect. Working privately for Scotland Yard as a means to rebuild his once failing estate, Anthony, a renowned antiquarian, is summoned when word of a priceless heirloom reaches Her Royal Majesty, Queen Victoria.
A promise:
Having vowed to help a friend, Anthony soon discovers the woman he is charged to protect—Clairece Griffin—is none other than the mysterious woman with whom he’d spent a few unforgettable, intimate hours. When the quest to find the missing relic becomes a race to save Clairece’s life, they turn to the safety of The Sanctuary. As the attempts on her life increase, a three-hundred-year-old mystery is revealed, one that could destroy them both. 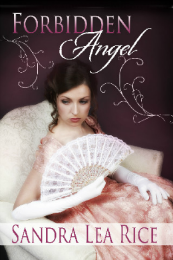 When Adrian Spencer, The Tenth Earl of Windsford, finds himself the unlikely guardian of the one woman he cannot forget, he has a decision to make. He can follow the dictates of his heart and pursue Angeline and the sensual promise implicit in her eyes, or adhere to the strict moral code he was born to uphold and deny them both.
Made to flee England after the murder of his fiancée, Adrian builds an empire in America. When his past and present combine in the form of Angeline Ashley, it’s time to prove his innocence and reclaim what is rightfully his. To do this, he must return to England and prove the guilt of his long time nemesis, Charles Malcolm.
At the death of her father and step-mother, Angeline is given a letter telling her to ‘seek the truth’ and hints at a mystery surrounding her mother and Angeline’s own birth. But when Charles Malcolm, one of England’s most notorious rakes, produces a note against a large gambling debt, Angeline is given two choices; marriage to Charles, or see her father’s name besmirched and her young brother’s future ruined. But Angeline will have neither of those choices. Instead, she chooses to accompany her brother to America and seeks shelter with his guardian, a man she has adored since childhood.
When Charles appears in Texas, it becomes obvious that there is more behind his obsession with Angeline than just lust for a beautiful woman.